Jane has been practicing law since 1985.  Jane has been AV rated in Martindale Hubbell since inclusion. She has been listed in The Best Lawyers in America since 1995 and in Missouri & Kansas Super Lawyers Magazine from 2005-2014. In 2015 Jane was named by The Best Lawyers in America “Franchise Lawyer of the Year” in St. Louis.  In 2010, she was listed as one of the top 50 Women lawyers in Missouri by Missouri & Kansas Super Lawyers Magazine. In 2023, Jane was inducted into the National Academy of Distinguished Neutrals.

Jane has always focused her practice on general business matters including litigation with concentrations in franchise/dealer law and real estate law.  Jane regularly serves as an arbitrator and mediator in commercial, construction, and employment matters.  These include being an arbitrator for the commercial, consumer (including large and complex cases),  construction and employment panels  for the American Arbitration Association; serving as an arbitrator and mediator for Lexitas Alternative Dispute Resolution; conducting employment mediations for the Equal Employment Opportunity Commission (EEOC); conducting foreclosure mediations for the Residential Foreclosure Mediation Program in Madison County, Illinois; serving as a neutral for the U.S. District Courts for the Eastern District of Missouri and the Southern District of Illinois as well as  serving as a mediator for disputes pending before the Circuit Courts for the City and County of St. Louis and St. Charles County and Madison County, Illinois. 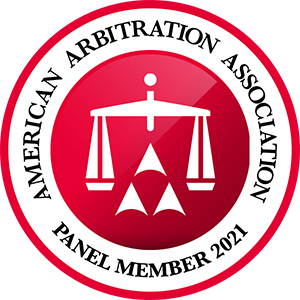